Itinerary Between Cava and Baroque

HomeCultural ItinerariesItinerary Between Cava and Baroque

Itinerary Between Cava and Baroque

By proposing a circular route it is also possible to do it backwards without changing its duration.

This itinerary offers the visitor an excursus on the history, evolution and traditions of the city of Ispica; it starts from the oldest part of the city, and then proceeds to the heart of the historic center, on a circular route that retraces its marvelous monuments. The small church of S. Maria della Cava (II-III century AD) located in the terminal part of the quarry is one of the oldest rock churches in the city. From here begins the ascent through the panoramic road accompanied by Belvedere towards the modern city of Ispica, so as to take a look at what is the spur of the “Force” with the remains of the pre-earthquake Ispica. We then proceed going up towards today’s Ispica and arriving in front of the current Basilica of the SS.ma Annunziata (1720), the 1906 Palazzo Bruno di Belmonte (seat of the Municipality since 1974), the Mother Church of San Bartolomeo which was located in in front of the fort, probably built after the Norman conquest. In Piazza Regina Margherita it is possible to admire the Palazzo Bruno designed by the Catania architect Lanzerotti, the church of S. Maria Maggiore (1725) today a National Monument given its importance for the history of painting in Sicily, as it contains the wonderful works of Sozzi and D’Anna.
Going down we proceed towards the Church and the Convent of the Carmine in Piazza Statella, then towards the last stop of the itinerary, the Church of S. Antonio. Also built before the earthquake of 1693, it was largely rebuilt. Nearby is the Oratory of the former Congregation of the Sciabica, built in 1576.

Equipment: Clothing suitable for the season, hiking boots, bottle of water and camera.

The route develops entirely within the Municipality of Ispica. The parking of Parco della Forza has been assumed as a meeting point and departure point, easily reachable both from Scicli, through the SS115 in 31 minutes, and from Modica, through the SP48 in 29 minutes and from Ragusa Ibla through the SS 115 in 49. minutes. 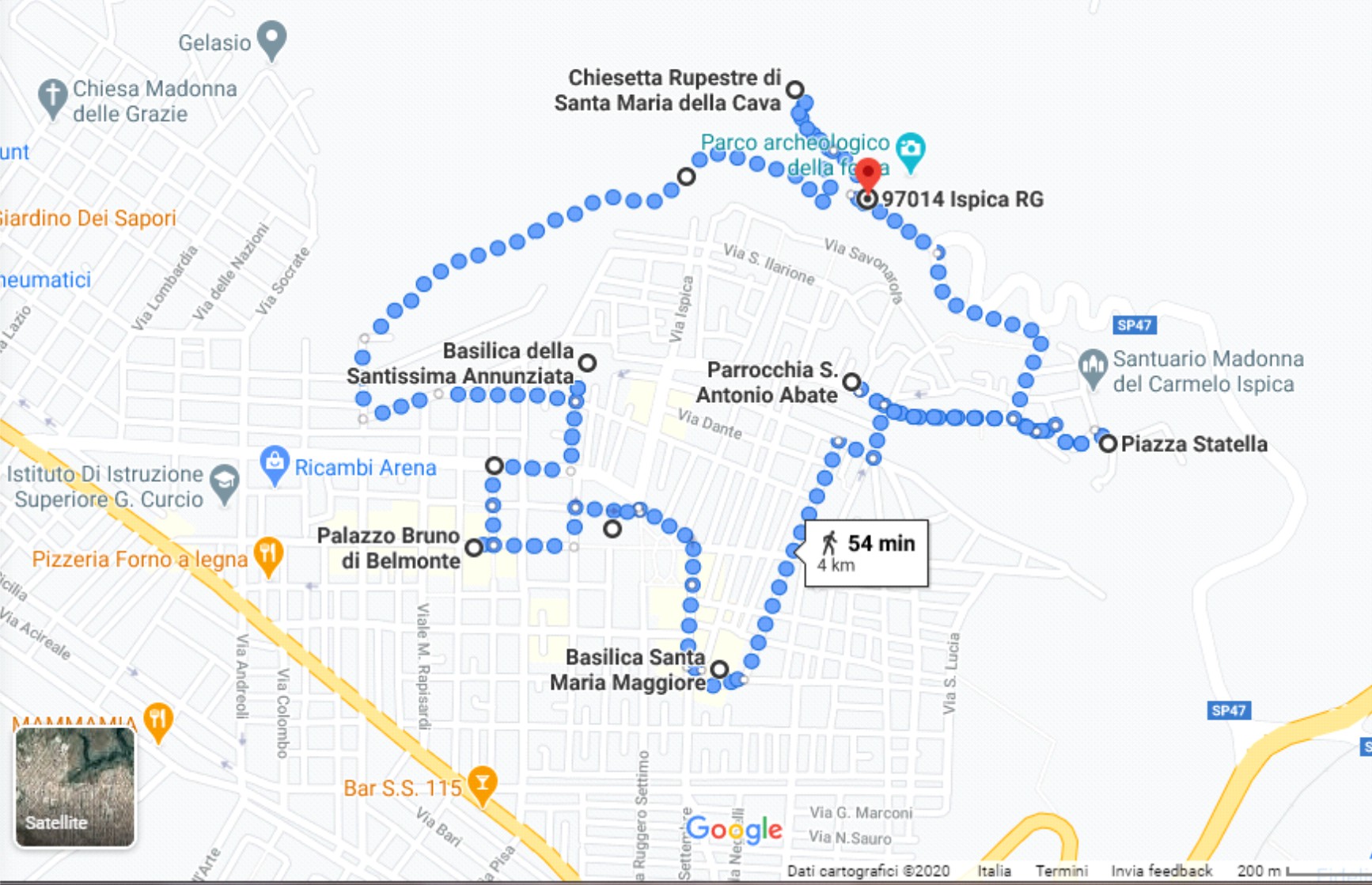