Itinerary of Baravitalla: from prehistoric times to the middle ages

Itinerary of Baravitalla: from prehistoric times to the middle ages

The archaeological site of “Baravitalla” is located in the northern part of Cava d’Ispica, a quarry of about 13 km excavated by the Busaitone and Pernamazzone rivers. It is a seductive archaeological itinerary immersed in an interesting Iblean river valley, of sure landscape and naturalistic value. The flora includes many endemics, while the vegetation is enhanced by the presence of formations dominated by holm oak (Quercus ilex). In a highly man-made landscape, Cava Ispica represents a refuge and nesting area for numerous species of vertebrates and invertebrates. The quarry has been inhabited since the Early Bronze Age, in the castellucciana facies (2200- 1450 BC) and it is precisely in this temporal horizon that the fake pillar tomb of Baravitalla, known as the tomb of the Prince, is located. In addition to this fascinating archaeological evidence, the route allows you to visit the Grotta dei Santi (place of worship) frescoed with splendid images of saints, the Grotta della Signora whose dating information is scarce, but important for the engravings in the rock depicting a a man armed with a shield and a woman, of uncertain dating. The Grotta della Signora or the Madonna showing a fresco of the Madonna with child depicted following the Byzantine tradition. The last stop is a visit to the Archaeological Park of Cava Ispica, with the catacomb of the Larderia and the Gymnasium and finally the opportunity to visit an ancient water mill still functioning today.

The route develops in the territory of the Municipality of Modica. It can be reached via the S.P. 113, then at the intersection on the right along the S.P. 32 up to the access to the archaeological area and to the parking on the right. From here begins the walking path of the itinerary. 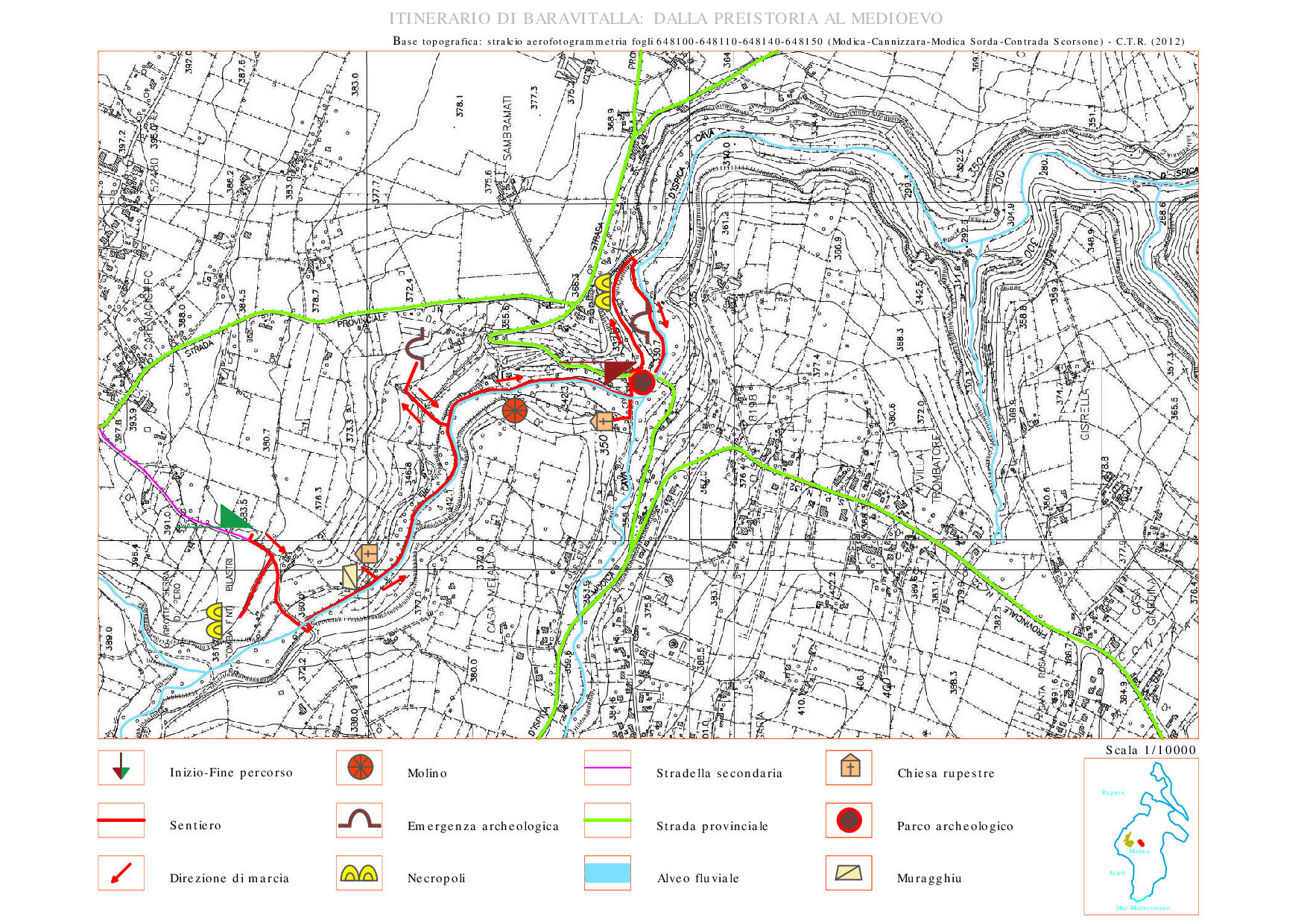