Scicli itinerary, the city of the three hills

HomeCultural ItinerariesScicli itinerary, the city of the three hills

Scicli itinerary, the city of the three hills

The route aims to make travelers appreciate the hidden peculiarities of the oldest and most popular districts of ancient Scicli. It winds through narrow streets and alleys that “climb” on the three hills that characterize the city. The meeting point of the itinerary is in via Francesco Mormino Penna, from which you reach Piazza Municipio where the town hall is located (1906). This square is known for the filming of the famous RAI TV series “Il commissario Montalbano”; inside some rooms of the municipal house are the television sets of the Vigata police station and the Montelusa police station. The city palace was built on the ruins of the ancient Benedictine monastery, once annexed to the church of San Giovanni Evangelista (18th century). Going along Via Nazionale you arrive at Piazza Busacca, dedicated to Pietro Di Lorenzo Busacca, a well-known sixteenth-century “banker” and benefactor of the city. The former monastic complex of the Carmelite fathers (14th century) overlooks the square; the adjoining church of the Madonna del Carmine was built during the mid-eighteenth century. The itinerary continues along the Santa Maria La Nova quarry, climbs up via Monte Campagna, from where you can admire the monastic complex of the Rosario.
Crossing a maze of alleys you arrive at the sanctuary of Santa Maria La Nova (built in the mid-17th century) where the statue of the Risen Christ “U’ Gioia “is kept. The route proceeds along many of the most important monuments of the city, reserving the visitor the opportunity to observe ecclesiastical and civil buildings, popular neighborhoods, and fascinating places such as the troglodyte district of “Chiafura”.

The route develops within the inhabited center of the municipality of Scicli. The starting point of the itinerary from the central via Francesco Mormino Penna (opposite the small museum of the Antica Farmacia Cartia). The point is easily reachable both from Ragusa, through the SS 115 and the SP 42 in about 35 minutes, and from Modica, through the SP 42 in about 20 minutes. 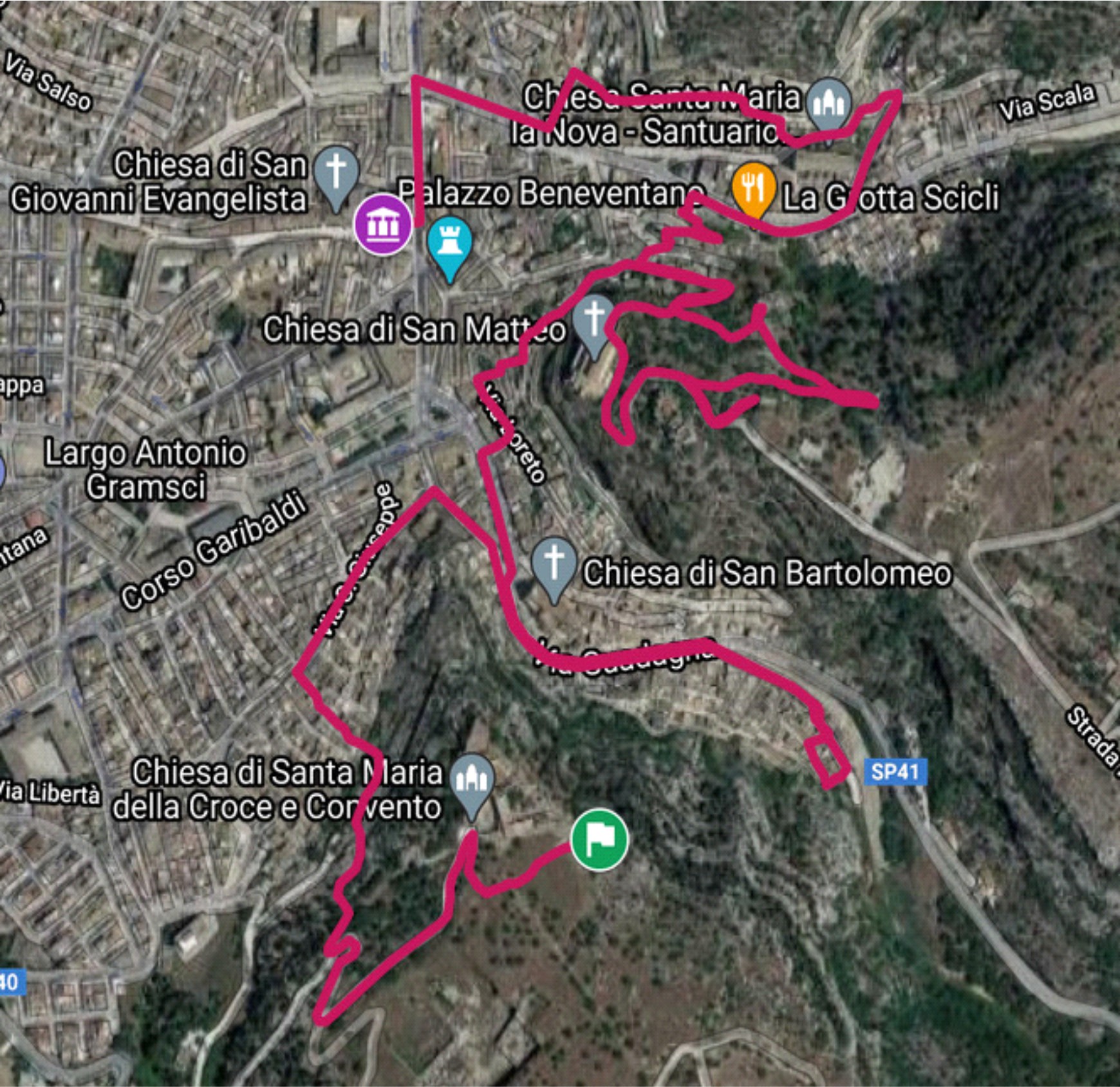