Itinerary The baroque palaces of Ragusa

Itinerary The baroque palaces of Ragusa

The ancient and picturesque city of Ragusa is divided into two large districts, Ragusa Ibla and Ragusa Superiore, the latter built after the earthquake of 1693. The protagonists of this itinerary are the baroque palaces of Ragusa, of which this city is dotted, enriched with wonderful masks and decorations, made by the best artists and architects of the time. These palaces are the direct witnesses of the vestiges and power of the noble families who flaunted their wealth and their artistic taste even through their homes. The route allows you to admire the Bishop’s Palace built at the end of the 18th century and which was the seat of the Prefecture of the new Province of Ragusa, today it also houses the Bishopric and the offices of the Diocesan Curia; Palazzo Zacco built in the second half of the eighteenth century in Baroque – Rococo style, the Palazzo Bertini of the eighteenth century, whose most original and sought-after feature are the ancient entrances thanks to the arch keys that bear three large heads sculpted, called “masks” , which depict three characters characteristic of the Baroque culture: the beggar, the nobleman and the man of the East, the Palazzo Nicastro or of the Chancellery which was built in the first half of the 18th century, undoubtedly one of the most attractive Baroque architectural complexes of Ragusa Ibla which is part of the 18 monuments recognized by Unesco as a World Heritage Site. Continuing it is possible to observe the Cosentini Palace, whose construction dates back to the third / fourth of the XVIII century, the Sortino Trono Palace built in the second half of the Eighteenth century in Baroque style, the Palazzo La Rocca located behind the church of S. Giorgio, along that which was the main street of the ancient town of Ragusa called the “Ciancata”, the Palazzo di Quattro built in the 1700s by the Duke Arezzi di San Filippo and the Palazzo Battaglia located next to the church of SS. Annunziata.

The route develops in the Ragusa area. It starts from upper Ragusa, with the Bishop’s Palace, and then descends to Ibla, ending with Palazzo Battaglia. 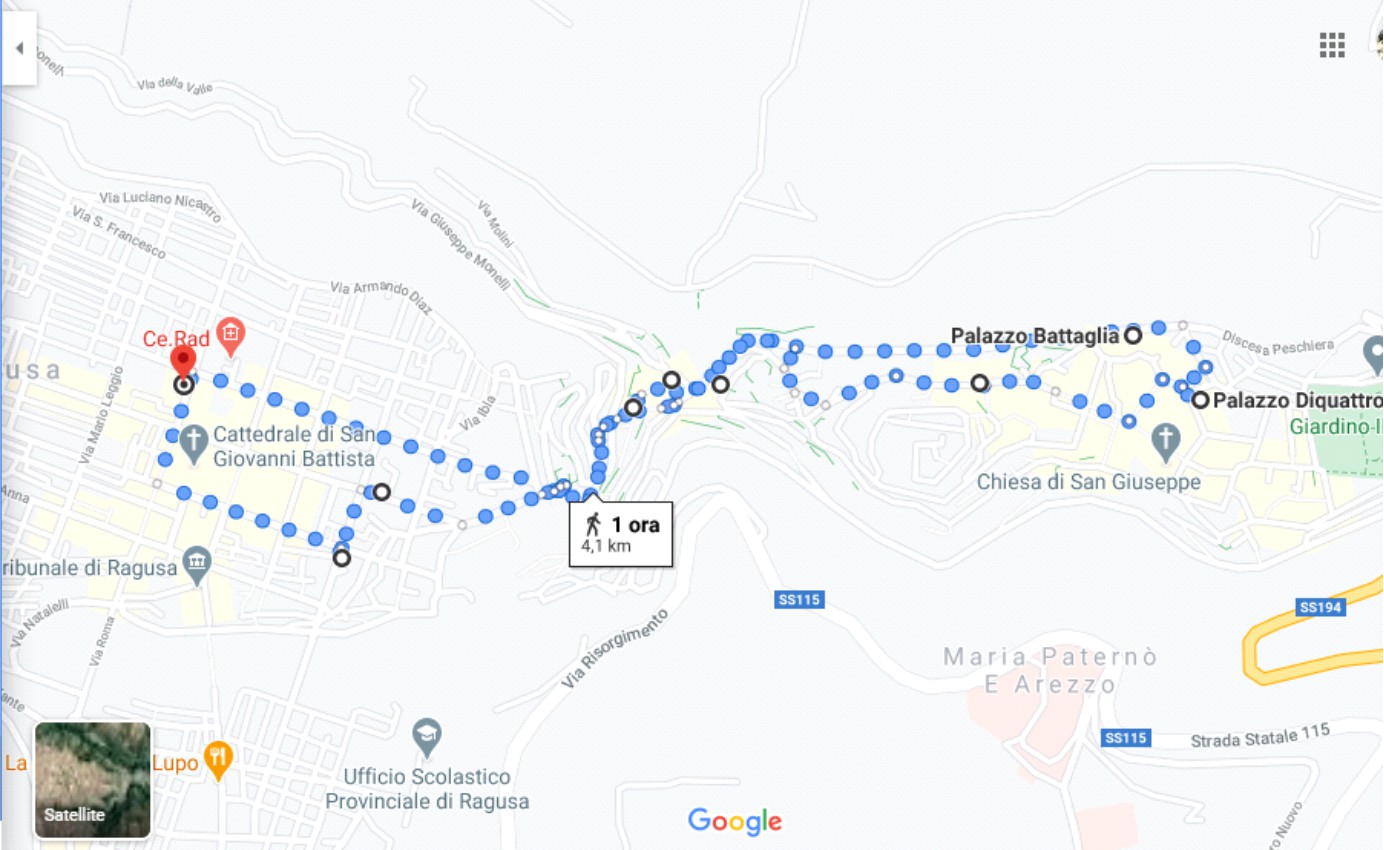