The route develops in the territory of Modica. The starting point of the itinerary is easily accessible, arriving in Modica Alta at the Convent of Santa Maria del Gesù. 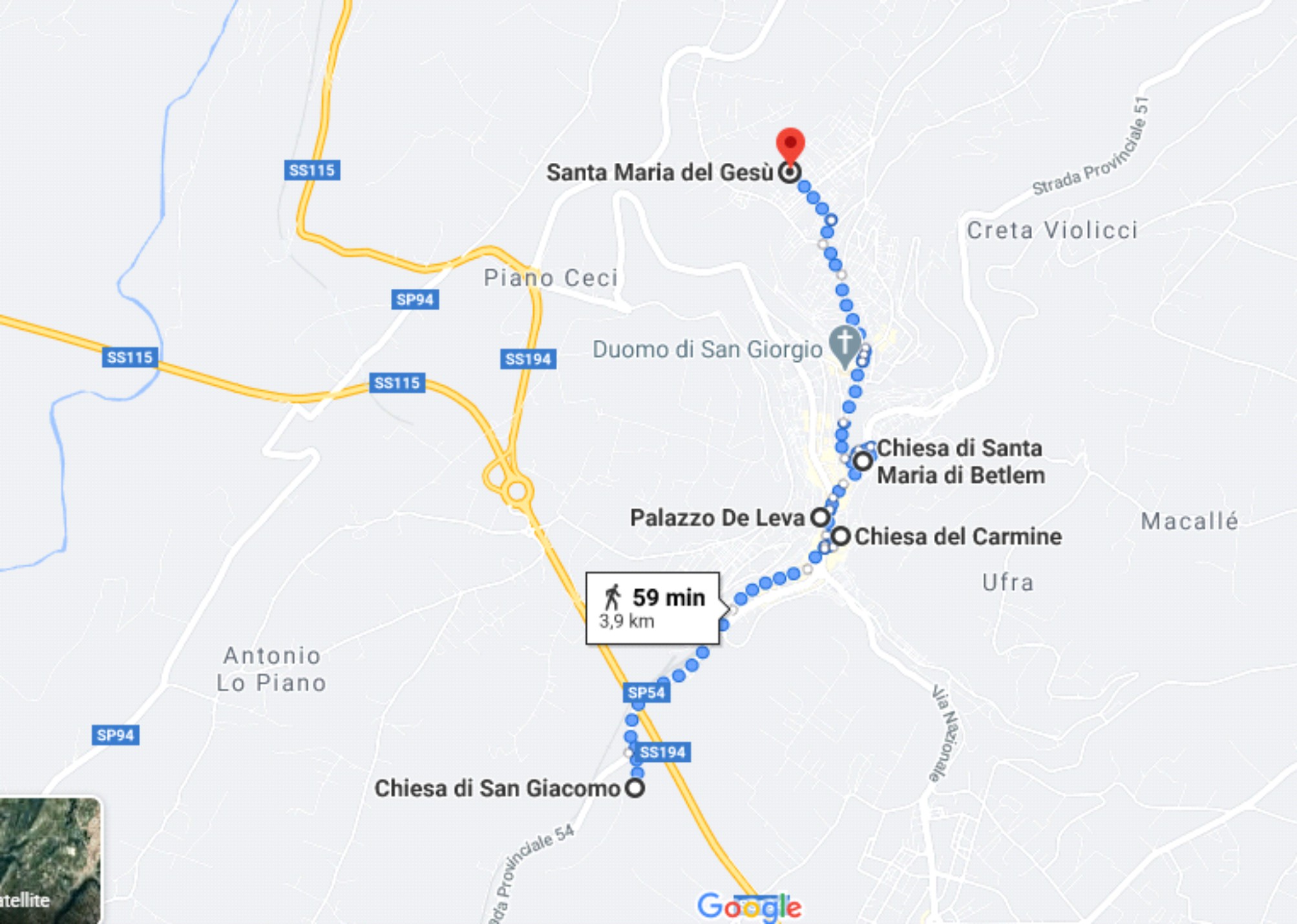