Scicli develops within a valley which, from the Ibleo plateau, slopes down towards the Mediterranean Sea; from this rise the three limestone hills where the city developed almost entirely before the earthquake of 1693.
The itinerary of the rock churches of Scicli is a historical tour of the city and capable of making you discover hidden chests steeped in mysticism and popular faith, where the sacredness of an ancient faith is still palpable.
The departure is set in front of the churchyard of the Church of San Giuseppe and, after a visit of the same, climbs towards the sixteenth-century rock church of Calvario, from there continue towards the church of the Madonna di Piedigrotta, a rock church entirely excavated in the living rock at the end of the San Bartolomeo quarry. Today the church is known to most for the custom of singing the penultimate song to the Immaculate Conception of San Bartolomeo inside. From this we head towards the ancient Jewish quarter, “‘u Bausu”, where the churches of San Pietro and Santa Maria della Catena (13th century) meet, which for two years was the temporary seat of the parish of Santa Maria la Piazza destroyed by the earthquake of 1693. The route takes the visitor to the church of San Vito, today the Iblei Historical-Naturalistic Museum, managed by the EsplorAmbiente Cultural Association. From San Vito, you go up the hill of San Matteo arriving at the churchyard of the ancient cathedral of the city, from which you can admire the mighty and elegant Baroque facade of the church and the splendid panorama of the city with the view that is lost on the horizon to the sea , then you climb in the direction of the last two stages of the itinerary: the churches of the Holy Spirit and of Santa Lucia, in front of which the walk to discover the rock churches of the city of Scicli ends.

The route develops in the urban area of Scicli, starting from the district of San Giuseppe. The city can be reached by car from Ragusa with the SP 37, from Modica through the SP 41 and 42, from the coast (Sampieri and Donnalucata) with the SP 39, 40, 84 and 95. By bus from Modica and Catania thanks to the AST bus lines (Sicilian Transport Company). Finally, the railway station of Scicli is one of the stops of the Sicilian south-east railways that connect Syracuse to Caltanissetta. Scicli can also be reached through the international airports of Comiso and Catania. 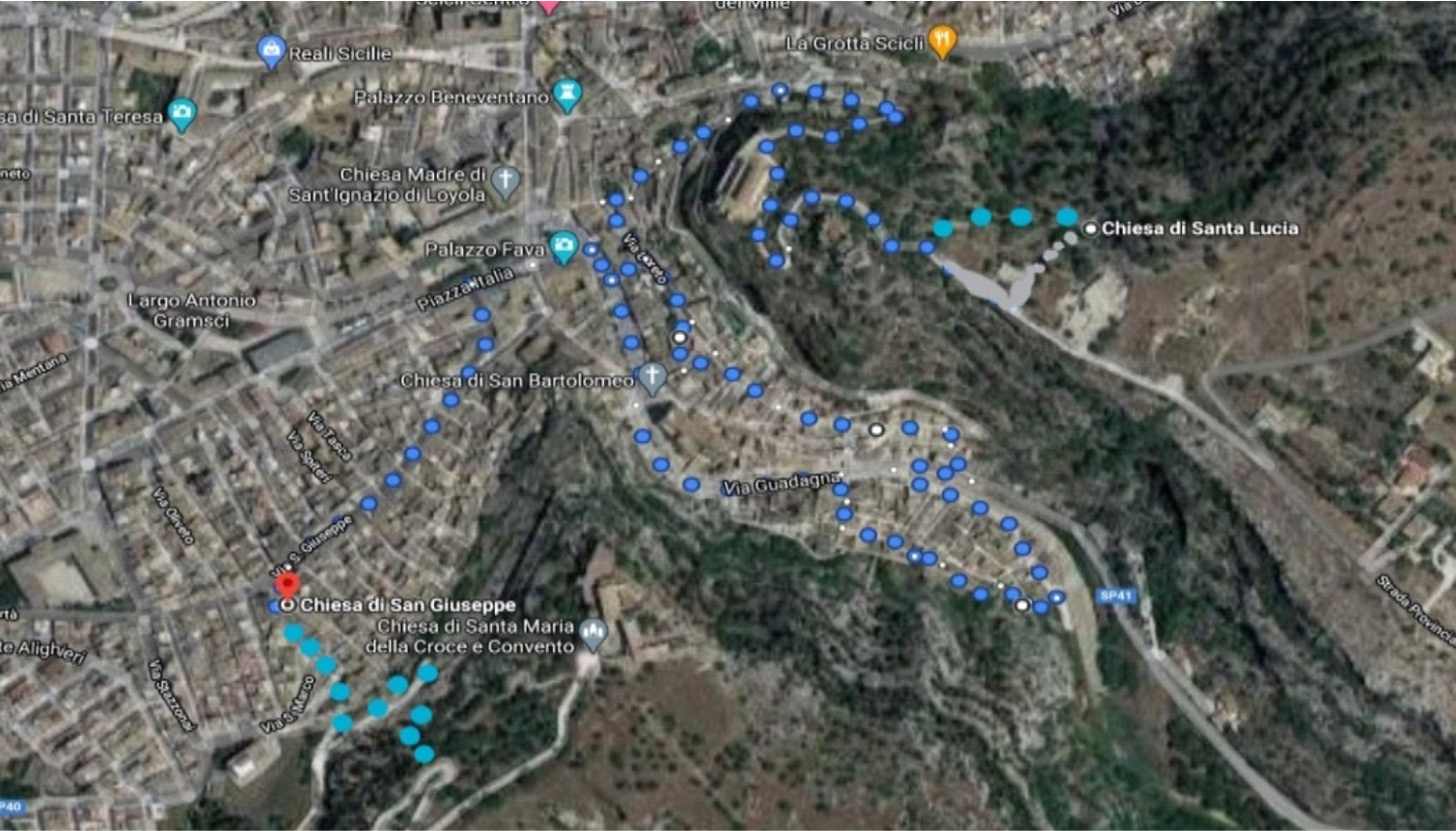