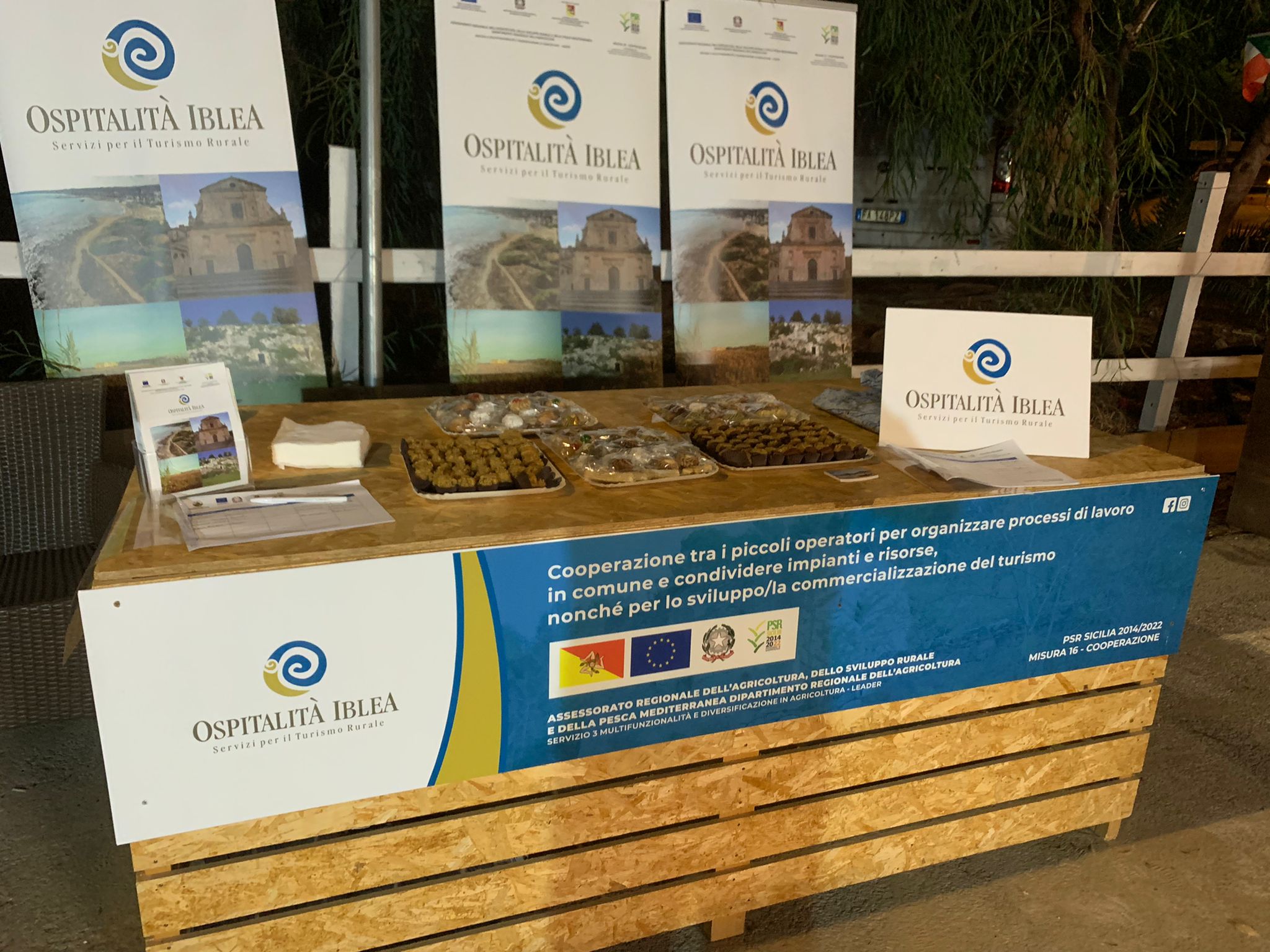 On August 16, the “Sicilian Night” event was held, organized by the Biogarden farm, at Santa Maria del Focallo in Ispica.

The program of the summer event was an opportunity to offer the public the opportunity to taste different typical products of the Sicilian and Iblean culinary culture, with tasting stands and musical entertainment organized by the municipality of Ispica.

Ospitalità Iblea, the network project made up of tour operators and farms in the municipalities of Ragusa, Modica, Scicli and Ispica, was the protagonist of the event with a stand for the promotion of rural tourism in the province of Ragusa, allowing visitors to also taste the typical products of the area.

Dr. Piero Virderi (coordinator of the Ospitalità Iblea project) and Dr. Paolo Ferlisi (director of Mediterranea Consulting) presented the mission and the initiatives proposed by Ospitalità Iblea to the numerous participants.

A dutiful thanks to the Biogarden farm and to the municipality of Ispica.