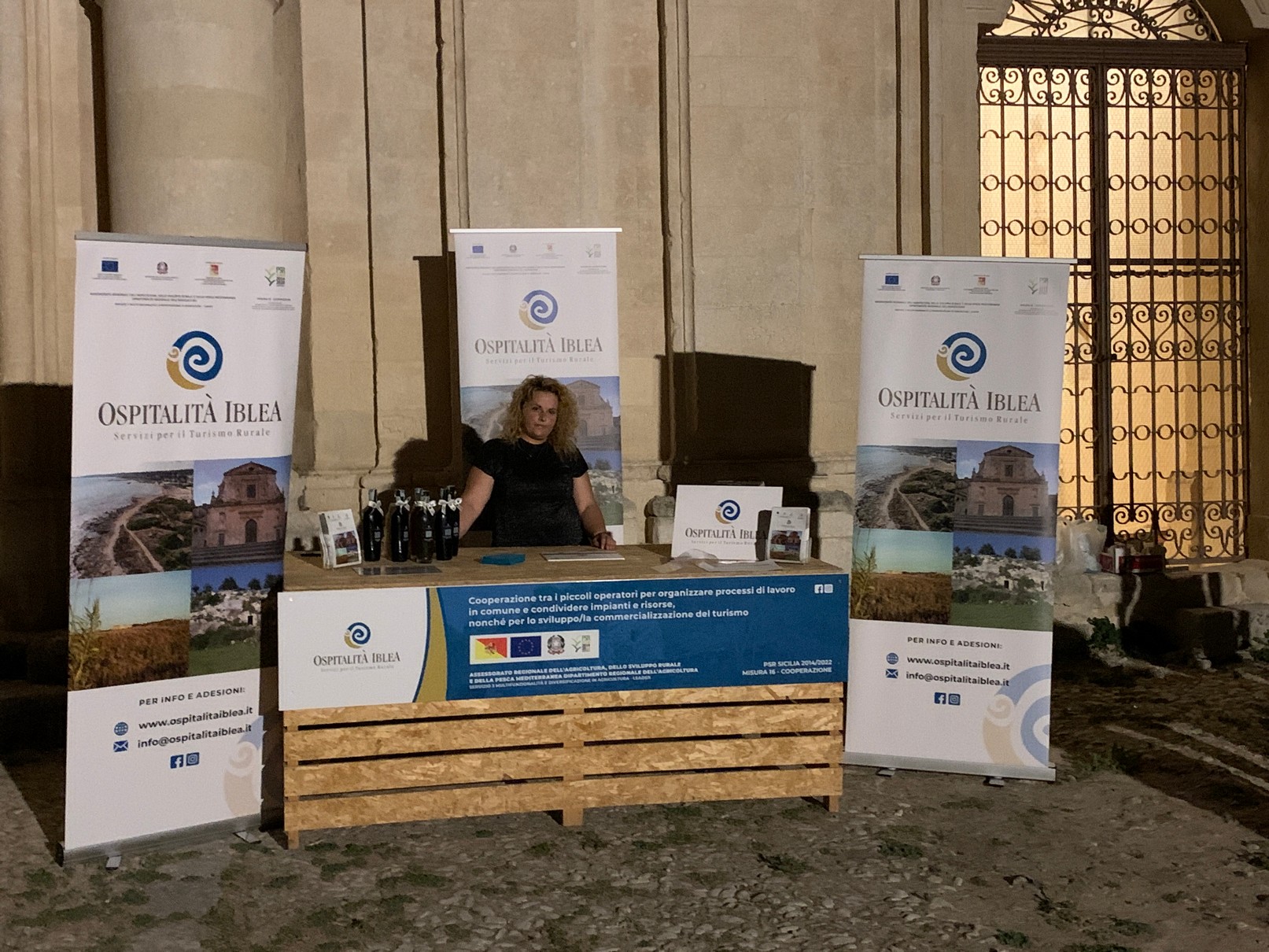 As part of the program of summer events in the city of Scicli for the 2021 season “R # Summer in Scicli, Aria di Gioia 2021”, the Esplorambiente association re-proposed on Friday 13 August the traditional walk to discover the most unusual corners of the city center of the city “15th city trekking”. The hiker was thus able to get to know some corners of ancient Scicli, enclosed between the medieval walls and the three hills that surround the city, historic quarters, stairways that climb up the hills, drinking troughs, fountains, noble palaces, votive shrines, frowns, tombs , rock churches, etc., interspersed with the Cava San Bartolomeo and the Cava Santa Maria La Nova.

Iblea Hospitality, the network project consisting of tour operators and farms in the municipalities of Ragusa, Modica, Scicli and Ispica, took the opportunity to join the important city event and, at the S. Matteo hill overlooking the city, has set up its own stand for the promotion of rural tourism in the province of Ragusa, allowing visitors to also taste the typical products of the area.

A dutiful thanks to the Esplorambiente association and to the municipality of Scicli.